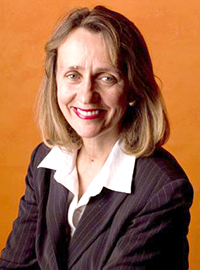 Paula Cordeiro is the Dammeyer Distinguished Professor of Global Leadership and Education at the University of San Diego and the Senior Vice President of Education Worldwide at Edify. Paula previously served as Dean of the School of Leadership and Education Sciences (SOLES) at the University of San Diego for 17 years. Prior to that she was the coordinator of the masters and doctoral programs in Educational Leadership at The University of Connecticut. Paula is a former teacher, principal and school head in international schools in Venezuela and Spain. In 2007 Paula was appointed to the board of The James Irvine Foundation in San Francisco and also serves on the Education Advisory Board of the Stuart Foundation. In 2009 she was elected to the board of the American Association of Colleges of Teacher Education (AACTE). Paula is a past President of the University Council for Educational Administration (UCEA), and in 1998 was awarded a fellowship by the Commonwealth Council for Educational Administration and Management (FCCEAM). She is a former member of the California Commission on Teacher Credentialing, past President of the San Diego Council on Literacy, a founding member of the Academy of International School Heads, and a board member of the International Council for the Education of Teachers (ICET) and San Diego Grantmakers. In addition to numerous articles, Paula has published three books and is currently working on the fifth edition of her co-authored text (with William G. Cunningham): An Introduction to Educational Leadership: A Bridge to Improved Practice. B.S., M.Ed., Ed.D.