The Crisis in Civility 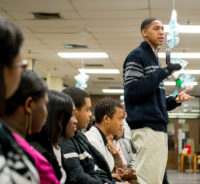 The country faces a severe civility deficit. A survey administered annually since 2010 finds that Americans believe civility to be at crisis levels and that the nation has lost stature because of it. Survey respondents say that the responsibility for the civility crisis lies largely with politicians (75%), the internet/social media (69%), and the news media (59%). Forty-nine percent of these respondents also see “civility training” in schools and colleges as a remedy.

Survey results like these may seem unsurprising in light of the inflammatory rhetoric that emerged during the 2016 presidential campaign and persists to this day. But concern about a decline in civility is not merely the angst of a political year or a change of presidents. A cloud has loomed on the horizon of civic engagement for several years.

It burst into the open during the 2016 election season as many citizens, expressing their partisan views, participated in name calling, bullying, and threatening behaviors. The resulting spectacle suggests that we have lost our capacity to listen and interact civilly with those who not only hold different opinions but also with those who look different. In context, historians tell us that our democracy has always been rude and confrontational, pointing to examples of name-calling and extended feuding among the founding fathers. But it is not a trivial matter. Avoiding dialogue and failing to resolve differences can lead to more serious contretemps.

It is no surprise that a solution to the civility crisis would be sought in schools and colleges. But alas, a recent study out of UCLA finds that schools themselves are experiencing more stress and hostility with the increased incivility witnessed in their communities and the media.

Based on a national survey of 1,535 math, English, and social studies teachers, the UCLA study concludes that during the five-month period following the installation of the new president: (1) stress and welfare concerns rose among students, particularly in schools serving mostly students of color; (2) polarization, incivility, and reliance on unsubstantiated sources increased, especially in predominantly white schools; and (3) a growing number of schools became hostile environments for racial and religious minorities. As citizens, we should be concerned about not only the poor content of our discourse, but also that uncivil speech, with its strong overtones of hatred, violence, and bigotry, carries into our schools and undermines the emotional and physical safety of students, well-understood among educators as essential prerequisites to learning.

The study’s author also found that while some school leaders were proactive in creating a tolerant and respectful environment, others did not intervene and student behavior worsened. Thus, schools must heal themselves while also helping students understand and respond to the impacts of increasingly rancorous national discourse. And schools will need help in this effort because it is serious. The stakes are much higher than just ridding our politics, schools, and roadways of boorish behavior. One academic, who has made a plea for the teaching of civic (and civil) discourse at the undergraduate level, points out that a “dysfunctional public arena,” undermines the very climate that supports academic thought and speech.

So where do we start? First of all, we have to understand what’s concerning people when they bemoan the absence of civility. Are they perturbed about the lack of good manners and respectful speech in public venues, including the Congress, cable TV, and social media? Is it alarming that too many citizens seem not to understand the fundamentals of American democracy, how it works and how to participate properly? Perhaps, there’s a third concern at play: that we have lost touch with the basic rules of civic discourse, no longer willing to grasp opportunities to engage earnestly and respectfully with people who hold diverse opinions.

If the current civility crisis is indeed a reaction to a thorny mix of rude behavior, indifferent civics education, and unwillingness to engage respectfully with people who are different or hold different opinions, how should such deficiencies be addressed? Schools are themselves a product of the society, reflecting its values and norms. If schools hold the solution, as has been suggested, what might that solution look like?

A beginning effort in the improvement of our public discourse is for schools to refocus curricula and classroom instruction so as to increase student opportunities to engage in active listening and speaking. One of the precepts that we understand well as educators is that students don’t learn what they haven’t been taught and that they don’t learn well what they don’t practice. In recent decades, the emphasis on reading, writing, and mathematics skills, motivated by state and federal guidelines and an ambitious assessment calendar, has meant that other important sets of knowledge and skills may have been pushed aside or minimized. Two areas on the back burner of the English language arts curricula are those of speaking and listening, skills that should also be taught throughout the entire school. Reviving these curricula in schools and colleges seems like one place to begin restoring our self-respect and national ethos and, more importantly, our regard for our diversity.