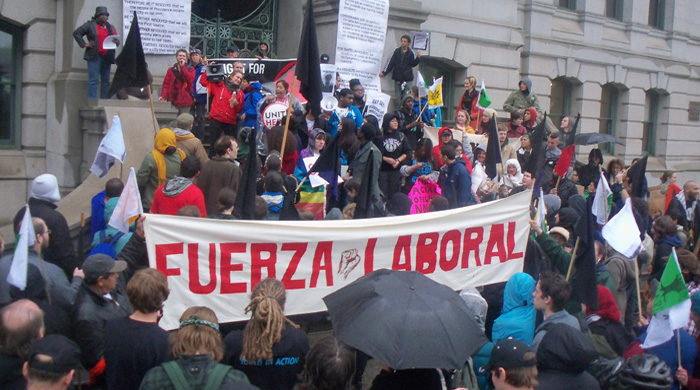 CTAC provides capacity building assistance to a wide range of community organizations. Several organizations that are making a significant difference in their communities are highlighted below:

Centro Comunitario de Trabajadores (CCT) is a membership-based organization working with the Central American immigrant community to defend their rights as workers and human beings. The organization seeks to create social change through grassroots organizing, direct action, and education that raises the political consciousness of its members. CCT is dedicated to influencing local, state, and national policies in order to create lasting, positive change for workers and the community.

El Comité de Apoyo a los Trabajadores Agrícolas (CATA – Farmworker Support Committee) is a migrant farmworker organization that is governed by and comprised of farmworkers who are actively engaged in the struggle for better working and living conditions. CATA’s mission is to empower and educate farmworkers through leadership development and capacity building so that they are able to make informed decisions on the best course of action for their interests. CATA has advanced the farmworkers’ struggle based on the belief that only through organizing and collective action can they achieve justice and fullness of life. CATA’s programs are based on the Popular Education Methodology, which actively involves farmworkers in the process of social change. Analysis and proposed actions come directly from the farmworkers.

Direct Action for Rights and Equality (DARE) organizes low-income families in communities of color for social, political, and economic justice. DARE uses four interconnected strategies to build power: multi-racial base building, strategic direct action organizing, leadership development for members, and contributing to larger movement building efforts. The organization was founded in 1986 by residents of the Southside of Providence, who joined together to fight for improvements in their community. Through grassroots organizing, DARE addresses the underlying oppressions and root causes of the problems facing its communities.

Fuerza Laboral (FL) is a member-led organization that builds the power of immigrant workers who organize to end labor exploitation. Founded in 2006, the organization educates workers about their rights, develops community leaders, takes direct action against injustices, and works with national coalitions on issues of immigration and workers’ rights to maximize impact.

JUNTOS is a non-profit community-based organization comprised of Mexican and other Latino immigrants in South Philadelphia. JUNTOS’ mission is to build power for justice in the City of Philadelphia in order to create vibrant, organized, vocal, and healthy communities. JUNTOS combines leadership development, community organizing, and focused collaborations with other community-based and advocacy organizations to help immigrants develop the necessary tools to advance economically, integrate into the social fabric of the city, become active participants in civic life, and impact policies and institutions that affect their community.

The Philadelphia Student Union (PSU) is a youth-led organization that builds the power of young people to demand a high quality education in the Philadelphia public school system. Founded in 1995, by a group of students compelled to address educational funding inequities and the lack of student input in decision-making, PSU has grown into a city-wide organization with eight chapters. The majority of its 150 core members are low-income students of color. Through political education, leadership development, and grassroots organizing, the organization cultivates agents of change.