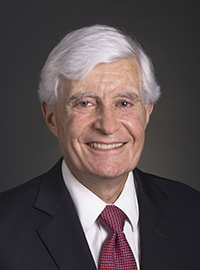 Gerald Kohn, Board Vice President, is an educational author who served as the Superintendent of the Harrisburg Public Schools in Pennsylvania from 2001–2010. Under his leadership, this 9,000 student urban school system increased its graduation rates by 171% and post-secondary acceptances by 419%, while reducing dropouts by 53% and doubling the percentage of students passing state tests. Also during his term, the district was selected by Harvard Business School for the Public Education Leadership Project as one of nine urban districts in America that demonstrated national level improvement and the preschool—implemented under the Kohn Administration—was recognized nationally and served as the basis of state legislation to support preschool for at-risk children statewide. Jerry previously served as Superintendent of the Vineland Public School District in New Jersey, Bensalem Township School District in Pennsylvania, Millburn Township Public Schools in New Jersey, and Triton Regional School District in Massachusetts. As Director of Desegregation for Cambridge Public Schools, Jerry led the development of the first voluntarily formulated desegregation plan to be approved by Massachusetts State Board of Education. He served as National President of the Suburban School Superintendents Association from 2007–2008 and won the 2009 Superintendent of the Year Award from the National Superintendents Roundtable. B.A., M.A.T., Ed.D.