An Open Letter to the New Congressional Leadership, Part 2 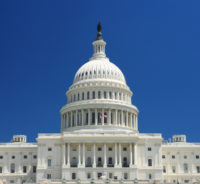 In December I wrote to you about the opportunities and challenges you now face in crafting an educational agenda to meet the needs of all our citizens. I posed the following points for your consideration:

Recently, Senator Alexander brings the educational conversation to the forefront with his discussion draft of the reauthorization of the Elementary and Secondary Education Act (ESEA), also known as the No Child Left Behind (NCLB) Act of 2001. Various constituency groups are ready to wage full-scale lobbying efforts either in support or against many of its provisions. Among many provisions, the Alexander bill:

Senators Alexander and Murray have agreed to develop a bipartisan approach for crafting ESEA reauthorization. I applaud that strategy. As soon as the discussion draft was issued by Senator Alexander, we began to see comparative analyses of his proposals with current law, the House-adopted Student Success Act of 2015 and proposals the democrats are advancing in the House and Senate. Certainly this is a worthy educational policy exercise so that lawmakers, educators and the public can clearly see the differences and their implications for both educational policy and fiscal resources needed to implement these policies.

But if our analysis is restricted to comparing Republican proposals to Democratic proposals or to existing law, we may be missing the real point. Far more instructive is to screen new proposals for ESEA against evidence that such proposals are likely to lead to instructional improvement and student achievement gains. Rather than falling back on ideology, which may result in exchanging one unproven idea with another, why not gauge the worth of proposals on whether they bring the best ideas and practices to educators facing serious educational challenges?

Let’s not forget that the reason why President Bush and Congress advanced NCLB was because too many schools were failing their students. Federal, state and local initiatives were largely unsuccessful for many at-risk students. So returning to practices from the pre-NCLB era may not equate to doing what’s best for teachers and students.

I propose the following analysis:

Start with the key policy areas of the Alexander bill: academic standards, testing, accountability systems, school interventions, teacher development and support, charter schools and/or federal/state/local control. For each of these areas:

Recognizing that evidence or research may not be available or compelling in support of new policies, ESEA must continue to fund research that will help fill these gaps in knowledge.

In short, ESEA reauthorization should not be about establishing policies that are ideologically consistent but rather about insisting on policies that work for teachers and students. Please, let’s not get caught in the trap that 51 separate approaches will always produce the best results for our students. Or, for that matter, that one federal approach is the best way to go. Students in failing schools want a meaningful education, irrespective of whether the policies behind that are federal, state or local.

The Alexander bill does require the use of “evidence-based assistance strategies and activities” for intervening in low-performing schools. A similar evidence-based approach should be required across ESEA provisions.

Will legislators have the courage to say, “Give me evidence that this is the best approach, before I vote on it?” Any who take that approach have my vote.