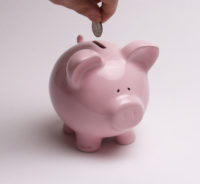 Most Americans — including political and business leaders, and even people who work in schools — have a very limited understanding of how schools are funded.

In fact, in the majority of state capitals, there are only a handful of individuals who truly understand the funding formulas. This is not because people are apathetic, but rather because the formulas are complex and lacking in transparency.

What most of us do know is that we, as a country, spend a lot of money on K–12 education. We also know that outcomes vary across school districts, and that there are significant gaps in student achievement among different groups of students. Often, differences in achievement depend on where students live — and how much their families earn. And to most people, this situation seems unfair to kids.

Before we can develop effective strategies to solve this problem, however, we first need to understand it.

The ABCs of School Funding

On average, states provide 44 percent of the funding for public schools, but this is not a rule, nor is it a guarantee; the proportion of funding that schools receive from the state varies from one state to another, and even from one district to another (more on that in a moment). The federal government provides seven to eight percent of school funding, mainly through categorical funds — that is, funds designated for a specific purpose (such as providing extra services for disadvantaged students or students with disabilities, or for specific programs, like career and technical education). The remainder of funding for schools comes from local property taxes.

Most states distribute school aid based on a foundation formula that takes into consideration the number of students and the community’s ability to pay. Property wealth (worth of local houses) and poverty factors (average family income, or number of students receiving free and reduced-priced lunch) are factors in most formulas. For example, a wealthy district may receive $2,500 per student in state aid, while a poorer district may get $5,000 per student. This means the wealthier district is responsible for making up the difference in funding through property taxes. And wealthier districts usually do just that because residents are able to sustain higher tax rates. But if the state aid formula does not provide adequate funding for poorer districts, these localities are unable to tax at rates high enough to provide quality education. As a result, such districts will ultimately spend less per student.

The incentives for local districts (at all socioeconomic levels) to increase their spending varies depending on state policy. This is because some states have legal provisions holding that districts cannot reduce local funding if they get state aid increases; this standard is called “maintenance of local effort.” State aid, in short, cannot replace all or part of property tax revenue — regardless of how large a proportion of school funding that revenue turns out to be. By contrast, some states have put in place property tax caps to limit wealthier districts from increasing spending disproportionately to other districts.

There are other sources of funding, too. In many states, foundation aid is supplemented by special categories of funds intended for certain groups of students, such as students with disabilities and English-language learners. These funds are earmarked because of the relative high cost of educating students with special needs, and they are meant to ensure that all students in the district receive a quality education.

In short, these funds ensure that districts won’t have to take on the full financial burden of educating higher-cost pupils — one that might otherwise prevent them from providing the necessary supports and accommodations for those students, or of ensuring that other kids’ needs are met.

The effectiveness of state formulas, of course, depends on the resources available to fund them. In recent years, these resources have not been sufficient because of state cuts as well as property tax limits.

According to a 2014 report by the Center on Budget and Policy Priorities, “At least 35 states are providing less funding per student for the 2013–14 school year than they did before the recession hit. Fourteen of these states have cut per-student funding by more than 10 percent.” According to a report update, 30 states provided less funding on a per-pupil basis (inflation-adjusted) in 2014–15 than before the recession in 2008.

What this means for students is that there isn’t always enough support. Even if state formulas work well in theory, they require sufficient funding to function in practice. And in the last several years, funding has been lacking.

Local property taxes, a major funding source for schools, have elicited criticism because of the wide variation in the willingness and ability of local communities to raise funds based on the value of property. For example, a community with low property values may have to tax owners at a rate three to four times that of a wealthier community just to raise the same amount of money. If the community cannot afford or will not support that level of taxation, then schools will have fewer resources to work with. With less funding available, such communities cannot compete to hire the best teachers, buy the latest technology, and improve school facilities. The result of these unmet needs is, unfortunately, lower student achievement.

The Legality of School Funding

Legal objections to the current funding system have largely challenged the lawfulness of using property taxes as a basis for district funding. According to the Education Law Center (ELC), there have been legal challenges to the school funding system in 46 states since the 1970s. Some have made their way all the way up to the Supreme Court. In San Antonio Independent School District v. Rodriguez (1973), for instance, the Court confirmed that local property taxes — despite differences in wealth between communities — could be used as a basis for funding schools.

As a result of that ruling, nearly all of the court challenges from 1973–1993 involved the inequities of using local property taxes to fund public schools. These challenges — dubbed “equity” cases — argued that the state should be responsible for creating a funding formula that makes up for the differences in local property wealth in order to ensure equal protection for students educated in poorer districts.

In the past two decades, challenges have relied on a different approach. Rather than focusing on how some districts compare to others (i.e., relative inequality), these more recent legal challenges have argued that some districts fail to meet basic empirical standards (i.e., inherent deficiency). These cases ask whether school funding is “adequate” for students to meet the (stringent) learning standards set by states.

While some legal challenges have been successful, taking districts to court has not proven an ideal solution. This is because, first, many cases are not successful, and second, even successful cases are often significantly prolonged.

Just over half of court challenges are successful in changing school funding, according to ELC. And the timeline progresses slowly. The high-profile case Campaign for Fiscal Equity v. State of New York, in which the challengers (successfully) contended that New York City schools were underfunded and their students’ constitutional rights thus violated, took 13 years to resolve; the case began in 1993 and was not decided until 2006. Coalition for Justice on Education Funding v. Rell, a Connecticut case that started in 2005, is just now being decided by the state’s Supreme Court. In the time it takes to decide such cases, entire generations of students lack access to the resources that — as the courts later determine — they need in order to benefit from equal protection under the law and/or adequate educational opportunities.

A New Approach in California

In California, lawmakers have identified excessive legal complexity as a barrier to remedying school funding problems — and they’ve sought to simplify matters. In 2013–14, the state launched an eight-year implementation of a new funding plan called Local Control Funding Formula (LCCF). The main goal of LCCF is to provide districts with much-needed (relatively) unrestricted funding, and to afford them local control to make the changes that will reduce gaps in student achievement.

To these ends, the plan eliminated more than 50 categorical funds — all of which included specific requirements and restrictions. Under LCCF, districts instead receive a base amount of funds per student, and then additional funds for low-income students, English-language learners, and foster care students. Districts also have greater flexibility in the ways funds are used, as many of the state regulatory requirements have been eliminated.

Will this new approach work? It may; the key is to find the spending imperatives that make the greatest difference in improving student performance. Among these are: hiring highly qualified teachers and continuing to train them; linking standards, curricula, and assessments on a grade-by-grade basis to avoid repetition of material; providing extra help for students who need it so they don’t fall behind; and stimulating innovation to test new methods, materials, and technologies that will accelerate learning.

Schools need to prove they can provide a more effective education with the resources they have if they hope to make the case for additional funding. Greater local control may enable them to do this, but only if administrators and teachers have the knowledge and skills to implement changes that work.

Of course, it’s not up to teachers and administrators alone to make a difference. Another solution is for parents and the public to get more engaged in the school funding discussion by attending school board meetings and other public forums, and asking important questions while they’re there. Then we can get local boards of education and state leaders to pay attention to the issues of equity and adequacy.

Here are a few ideas about where to start and what to ask: – What can be done to make sure that quality of education does not depend on the neighborhood a student lives in? – What is the right balance of state aid and local property tax for funding schools? – What is driving up the cost of education? Is it health care and pension costs, or teacher and administrator salaries? How can we better manage the costs that don’t directly improve instruction? – How can we get school districts to share services and reduce costs? – How can best educational practices be identified, widely disseminated, and replicated so we are not spending more money to reinvent educational success? – How can we use technology to reduce the costs of education? – How will proposed budgets affect the quality of education? For example, what is the difference (in real terms) in education services if the district proposes a 5 percent increase in taxes versus a 2 percent increase? – Are there ways to reduce district costs by accelerating student progress through the K–12 grades, and then facilitating the transition to college?

There are no easy answers to the vexing problems of school funding. California’s changes will need to be closely evaluated to see whether a simpler funding formula, fewer regulatory restrictions, and more local control make a difference. Educating members of the public so they can ask the right questions promises a good start toward holding educators accountable for results, no matter what the funding formulas look like. The ultimate test, however, will be whether funding levels enable all students to acquire the knowledge and skills necessary to graduate and pursue higher education, employment, or both.