No Tenure for Teachers: The New Education Reform? 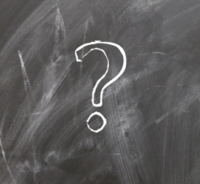 Eliminating tenure for teachers is the new education reform. Last spring, Vergara v. California found that the state’s tenure statutes protected teacher incompetence, disproportionately impacting students in less affluent school districts and denying them access to an equal education. Subsequently, other states are looking at what they can do to neuter tenure laws through the regulatory or judicial process.

Whether one agrees or not that teacher tenure is the root cause of educational inequity may be irrelevant. Like other quick remedies intended to take care of whatever ails education—missing the target and possibly doing some harm along the way—eliminating tenure is unlikely to improve teacher quality, while weakening due process rights for most teachers who are not incompetent.

With or without tenure, attracting, developing, and retaining a good teacher for each and every classroom is a difficult and costly enterprise. Not everyone wants a teaching career. For those who are interested, the best teacher education programs require a year of preparation beyond the Bachelor’s degree, a significant expense for a career where the national average entry-level salary is just over $36,000.

The making of a quality career teacher is a systemic undertaking with a lot of actors, not the least of which is the economy. A recent report from the California Commission on Teaching showed enrollments in teacher prep programs dipped 24% in just one year (2011-12) and have declined by 66% from a decade earlier. Concomitantly, the California State University system, the producer of half of the state’s teachers, has seen a 58% decline (from 2003-04 to 2011-12) in the number of teaching credentials issued.

Current shortages in the teacher pipeline coincide with recession-fueled budget crises that have led to layoffs and furloughs, as well as to aspiring teachers turning their sites elsewhere. It is not known how changes to tenure statutes might exacerbate shortages. It is clear that leaving a classroom of 30 students “teacherless” is not a choice. Thus, shortages may lead to more new, underprepared, or marginally prepared teachers staffing classrooms—likely ones in underserved areas where many teachers do not want to teach. And of course, some marginally prepared teachers may become tenured.

Once teachers are certified and hired, it does not get easier. Even in large school systems, decisions about teacher development, placement, evaluation, and tenure status largely devolve to the local school principal—the most time-crunched job in the public sector. Tenure is based on time in the job and performance evaluations, which, in turn, rely on formal principal observations and, in some states, on student outcomes. It is not evident how changing tenure laws will impact for the better the complexity of a teacher pipeline that pivots on one individual per school, who is likely overworked, under-resourced, and possibly under-prepared for the role.

Teacher effectiveness is linked to school effectiveness. Any expectation for improvement of education in low-performing schools requires a much more comprehensive, nuanced, and well-resourced intervention. Eliminating tenure without addressing the other needs of teachers, principals, students, and their communities will not produce the results its proponents expect.

The testimony of the plaintiffs in Vergara case, with their revelations of teacher ineptitude and malpractice, is heartbreaking. No argument there. Some teachers are tenured by default, having slipped through the cracks during periods of principal turnover, which is a school system issue, or while a principal was busy elsewhere. Others tenured legitimately, whose knowledge, skills, and capacity have declined, should be improved or removed from the job. And it is possible to remove a tenured teacher for cause.

Those who oppose tenure believing it will reform education, particularly that it will increase the access of underserved students to a better education, will likely be disappointed as one more silver bullet misses its mark. Because tenure is not the cause, eliminating it will never produce the desired effect—highly effective teachers for all students like the Vergara plaintiffs—but it may have the unintended consequence of discouraging talented people from entering or remaining in the profession.

This is not to say that state statutes governing tenure should not be reviewed. Nor does it mean that highly effective teaching in every classroom cannot be achieved. Many of the root causes of student underachievement and its disproportionate concentration in our urban school districts are understood well. Notably, we can say with some certainty that besides great teachers, effective schools require outstanding leadership in the principal’s office. Effective schools are operated with a relentless plan of self-improvement and community involvement. Effective schools exist in states and districts that provide well-funded, well-maintained learning facilities and outstanding learning materials for every student. High performing teachers might just line up to work in such schools.