So Old and So New: Argumentation in the Common Core 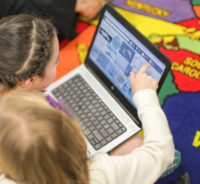 Lost in the political fog surrounding the Common Core State Standards is just how much there is to admire in these new standards for K-12 students. They markedly advance the quality of learning standards, going beyond an emphasis on discrete skills by calling for the teaching of significant and fundamental concepts, together with essential skills, that cohere across the grades and connect to life after school. One such concept found within the language arts standards is that of argumentation—teaching students to reason systematically in pursuit of an idea, an action, or a theory, and also to evaluate the reasoning of others.

As a former language arts teacher, I especially appreciate the seminal role that argumentation plays in the Common Core. The English language arts standards ask students to read closely the arguments of other writers to study their thinking and use of language. They require that students write their own arguments, learning to select and elaborate on points that best persuade an audience while using evidence convincingly and ethically. They also ask that students engage in formal spoken argument, including debate. Connecting the teaching of argument across all of the English language arts while facilitating discipline-specific content and reasoning epitomizes for me a classic education and is what I most admire about the Common Core.

The teaching of formal argument is not new in K-12 education, particularly to high school students who are college-bound or in advanced placement studies. Nor is it the only form of discourse embraced by the standards. What is new—and better—in the Common Core standards is the earlier introduction of argument in the curriculum sequence and the intent that all students will learn this important mode of discourse.

Argumentation has an old, storied, and well-regarded past. The formulation, structure, and logic of argumentative discourse, as we have come to think of it, was codified in the writings of the fourth century Greek philosopher Aristotle and has influenced not only Western but also Hebrew and Arabic thought. Aristotelian or classical argument with its formal structure of introduction, narration, confirmation, refutation, and conclusion is more commonly taught in schools. Students may also learn Toulmin and Rogerian argument, modes that accommodate the modern use of data as evidence and the more contemporary practice of consensus building in making one’s case.

Argumentation is important learning for every student. Evaluating one’s own assumptions, premises, and use of evidence, as well as those of others, is the core intent of argumentation as a language arts standard. It underpins the teaching of what is commonly known in schools as critical thinking. While formal proof as it comes down to us from the Greeks is a subject of philosophy and mathematics, it is through the study and practice of written and oral argument in the English language arts that students learn to contextualize ideas and become conversant with how evidence is sought, examined, and used in day-to-day thinking and decision making, as well as in scholarly pursuits.

Concomitant with the focus on argument, the Common Core rightly speaks to the inclusion of a greater number of non-fiction texts and promotes the practice of close reading of complex texts. These features advance teacher opportunities to increase student facility with understanding and using argument and evidence in a variety of disciplines and modes of discourse.

If it is difficult to grasp the value of what may appear to be esoteric knowledge in an information-rich world governed by open access and saturated with media, consider the dilemma of an adolescent confronting volumes of information in order to understand and evaluate the ideas of others while trying to form his or her own opinions. A lack of strategy and skill in tackling and making use of thickets of information may result in one’s being misled or in misusing the ideas of others. A lack of opportunity to master the fundamentals of rational thought makes for a vulnerable adult who can become lost in a sea of information and opinion.

In Appendix A of the Common Core Standards for Language Arts, the authors speak directly to the special place of argument in the standards (see pp.24-25). They make a case for the general value of argumentation in the curriculum, as well as for its significance in college and career readiness, noting for example that the university is an “argument culture.”

Few would disagree that teaching young people to consider, interpret, and respond so that they can be intelligent consumers and purveyors of information and ideas is of high importance. But how that teaching is done is also important. Students, teachers, and parents should welcome learning standards that recognize, regularize, and prioritize the need of every young person to become discriminating participants in their own world and then start early to help them build a foundation in rational thinking. The study of argumentative discourse and the practice in using the components of sound thinking that has come down to us through the ancient Greeks forms a solid foundation for our students who will become the thinkers, consumers, scientists, and poets of the future.