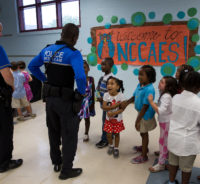 Just as most schools were closing for the holiday season, the Department of Education published a 180-page final report from the Federal Commission on School Safety. As expected, the report identifies best practices and makes recommendations on school safety issues, such as building security, active shooter response, student mental health, and professional training. With the issuance of the report, the Departments of Education and Justice rescinded pre-existing federal guidance on school disciplinary practices.

While federal education activity often operates out of the spotlight, this commission, established in response to the mass shooting at Marjory Stoneman Douglas High School in Parkland, Florida on February 14, 2018, created news not only with its discussions of using federal funds to arm teachers, but also with the announcement of the intent to rescind federal rules established by the previous administration relating to student discipline practices.

What are these rules and what do they have to do with school safety? The Every Student Succeeds Act (ESSA) of 2015 is the most recent re-authorization of the Elementary and Secondary Education Act (ESEA), the nation’s longstanding commitment to equal opportunity for all students. ESSA provides states and school districts with greater flexibility in using federal funds on behalf of students but also requires accountability reporting for student outcomes, including for students of color and students with disabilities.

In particular, federal guidance from the previous administration focused on preventing minority and disabled children from being treated unfairly by school use of suspension and expulsion as discipline. The thorniest part of the guidance is a concept known as “disparate impact,” which refers to the principle that disciplinary policies and practices violate civil rights if data show that a student group is disciplined at a higher rate than white students for the same behavior.

For those of us working in the school improvement field, helping schools and districts confront disparate achievement outcomes is a critical activity. Differential outcomes in achievement data related to student ethnicity, language, or disability are impossible to ignore in addressing overall school improvement goals and often are “illegal to ignore” because of basic civil rights protections.

Critics of the discipline guidance claim it had a negative impact on student behavior and school safety. That is to say, limits or alternatives to disciplining students by excluding them from school leads to disruptive or criminal behavior and takes away classroom teacher discretion to maintain order.

Disability, LGBTQ and civil rights advocates, along with many school leaders, have denounced the criticism of the guidance as a sign that the education department is abandoning its commitment to the enforcement of student civil rights protections. Further, they point out that the rescission of the guidance comes as a response to a mass shooting (in Parkland, Florida) where the alleged shooter is white and had been expelled previously.

To justify its call for the guidance to be revoked, the commission’s report stated, among other things, that, “surveys of teachers confirm that the guidance’s chilling effect on school discipline—and, in particular, on the use of exclusionary discipline—has forced teachers to substitute the use of non-exclusionary methods, even where such methods are inadequate or inappropriate to address the student misconduct, without significant consequences for student and teacher safety.” It has been noted that prior to the Stoneman Douglas shootings, the education secretary already had this particular set of regulations in her sights, along with other federal regulations that she identifies as “too heavy handed.”

However, another survey administered in 950 districts in 47 states by the American Association of School Superintendents (AASS) found that only 16% of districts had amended their discipline policies in response to the earlier guidance. That so few districts made changes seems to indicate that student disciplinary protections may have already been secured by district and state level policies and regulations. Out of the 4.5 percent of respondents who did make changes in response to the guidance, under one percent (of the total respondents) indicated that the changes had a negative or very negative impact on their ability to address disciplinary issues in their schools.

What does rescinding the guidance mean for students and schools? The Civil Rights Act (1964) and the Americans with Disabilities Act (ADA) provide legal protections for students. Federal and state rules, regulations and other guidance provide interpretation and recommendations that promote and assist educators in effective implementation. While students, parents, or staff who find school disciplinary practices discriminatory can always file a complaint at the administrative level of the district and state or challenge them in court, thoughtful and well-intentioned policy implementation can help districts, parents, and students avoid such time-consuming and costly actions.

More importantly, the practice of denying students access to classroom time as a punishment for disciplinary infractions has many more serious costs and consequences. Time-on-task—the amount of time a student spends on learning—has long been known to be a critical component of student achievement and is one reason that schools and parents press students to attend school regularly. Students who have high absenteeism are more likely to have lower achievement test scores and higher dropout rates than other students.

Disciplinary policies that lead to suspensions and expulsions take away opportunities for students to develop friendships, learn new skills, and gain independence and confidence in the classroom setting. The effects—lower achievement, higher absenteeism, greater numbers of and younger dropouts—disproportionately impact students of color and those with disabilities. Concomitantly, there are alternative school climate and discipline policies and practices that are positive and effective and do not generate the undesirable side effects known to accompany exclusionary disciplinary actions.

An Oakland-based child advocacy organization, warns that the rescission of the previous guidance “may signal a change of direction or unwillingness of the administration to investigate civil rights complaints.” Civil rights and youth advocates are rightfully concerned that the department’s “recent actions appear to be a harbinger of something darker” than a mere disagreement over whether reforms are best achieved with bottom-up or top-down approaches.

So does the department’s recession augur an attack on the Civil Rights Act of 1964? Maybe or maybe not, but it bears watching. Even if guidance policies and regulations at local, state, and federal levels seem redundant, they should be protected as essential guardrails around our basic civil rights laws. Last fall, I wrote about my realization during a varied education career that eternal vigilance is needed at every level of the education system to ensure that each student has access to and support in attaining the best public education possible, no matter his or her circumstances. The rescinded guidance was one of the guardrails that constituted due diligence at the federal level on behalf of students of color and students with disabilities. We all need to up our game to be sure that no student’s right to a free public education is harmed or heedlessly dismissed in a disciplinary action supported by a misguided attempt to make policies and regulations less “heavy-handed.”