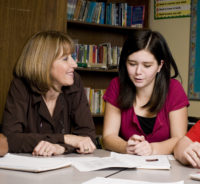 Argumentative discourse is the hallmark of the Common Core State Standards for English Language Arts. The reading and writing of arguments greatly benefits students by asking them to think deeply, use evidence credibly, and write with discipline. The emphasis on argument bespeaks the character of the new standards, which represent the best opportunity in recent years for teachers and school and district leaders to make deep and meaningful changes in how and for what purpose we teach students to think and read and write.

As with most curriculum initiatives, it is the quality of implementation that dictates whether schools make an efficacious use of the new standards to improve student outcomes for college and career readiness and for quality of life. For example, we know from past writing initiatives—think the National Writing Project—how professional development for language arts teachers can be done well, but we also know from past initiatives—think proficiency reading and writing—how good intentions for the teaching of the language arts can take a wrong turn. With these and other lessons in mind and acknowledging that some version of Common Core implementation is already underway in many states, I want to add to my earlier remarks about argumentative discourse, including some cautions.

Argumentative writing and persuasive writing are not the same. Their components or features may appear similar, be bundled together indiscriminately, or even be confounded within the English language arts curricula and teaching materials. With good purpose, Common Core authors spell out the distinction between logical argument that convinces through the reasonableness of its claims and persuasive or opinion writing that aims to change the minds or behaviors of the intended audience by appealing to their emotions or interests.

The authors make clear that it is the first type of discourse that has been elevated to a place of priority in the Common Core standards and intended to bridge to college and career writing. Understanding the distinction requires that teachers read well into Appendix A of the Common Core Standards, but also that they extinguish some long held practices, such as treating any and all expressions of student opinion as if they are of equally high value, no matter the quality of thought that underlies them.

Identifying and using relevant and sufficient evidence is in itself a complex study and one that is discipline specific. Quotations, a student essay favorite, may constitute evidence in arguments based on literary text analysis (when appropriately selected and analyzed), but are rarely suitable in arguments based in the sciences. Learning to consider one’s selection of evidence using discipline-based criteria for relevancy and sufficiency requires going beyond just finding apt quotes, facts, or data to seeking out and evaluating other possible explanations or counterarguments.

The National Council of Teachers of English foresaw potential issues surrounding the use of evidence in the new standards in a policy brief where they point out that “it is not uncommon for opinions, support, reasons, facts, details, and specifics to be used as synonyms for evidence.” In this brief, NCTE also discusses effective approaches for teachers who are teaching students to evaluate and use supporting evidence and advocates for professional development.

Argumentative discourse is for all students. The importance of argumentation in the Common Core is underlined by the fact that it is the first writing standard. The anchor standard reads: “Write arguments to support claims in an analysis of substantive topics or texts, using valid reasoning and relevant and sufficient evidence” and applies to all grade levels. However, as has been noted by others, grade level standards for sixth grade and below ask students to write opinion pieces, which is problematic because these standards imply that younger or less well-prepared students should not or could not begin to learn the reasoning, logical development, and evidence of an argument. Teaching approaches and strategies need to accommodate and include inexperienced writers at all levels.

Reading and probing the arguments of others is the essential companion to writing arguments. Fortunately, the Common Core reading standards emphasize careful and deep reading of a variety of increasingly complex (and more nonfiction) texts. Asking students to read and respond to texts in a manner that shows that they have grasped how an author uses rhetoric and evidence to make a case not only prepares them with models and vocabulary to write their own arguments, but also leads to deeper levels of understanding a text.

Reading nonfiction essays, like those of George Orwell, on the way to developing one’s own discourse is standard practice in college rhetoric classes but has been less prevalent in elementary and secondary schools. While textbooks catch up, teachers will find well-written and age-suitable argumentative essays in periodicals, including large daily newspapers like the New York Times and many monthly magazines, available on the Internet.

To realize the largesse of the Common Core opportunity, district and school leaders should advocate modes of professional development that help teachers round out their knowledge and acquire effective instructional strategies in argument and other forms of discourse. One way is to encourage teachers at all levels to read and discuss arguments in a variety of disciplines as well as to write and discuss arguments of their own among themselves—a professional development mode well proven by the National Writing Project and a great potential use of existing professional learning communities (PLC) in schools.

Understanding argumentation and its centrality to implementing the Common Core English Language Arts is challenging but compelling work. Concomitantly, implementing this standard involves distinguishing between opinion writing and argument and holding students accountable for responsible use of evidence. For teachers, it means seeking effective methods to include all students in this important mode of discourse. For principals and district leaders, it means creating the conditions for teachers to engage in deep conversations and use argumentative discourse to press against the boundaries of their disciplinary knowledge and skills.