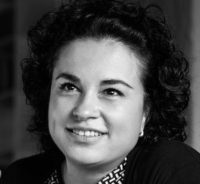 Lina Slavova is the Cultural Manager and Board member of Hamalogika, a non-governmental organization based in Burgas, Bulgaria.

A non-governmental organization (NGO) in Bulgaria is a foundation or association independent from the government. Another way to refer to a NGO would be as a “non-profit organization,” because it develops non-profit social activities, financed from non-political sources such as sponsorships, membership fees, and donations. By way of exception, NGOs may carry out additional business activities related to the subject of their main field of work, using the revenue to support the achievement of the organization’s objectives.

This year marks the 30th anniversary of the establishment of the NGO sector (also known as the third sphere) in Bulgaria. Since its boom in the early 1990s, the country’s NGO sector has steadily grown to over 15,000 NGOs registered in approximately 900 settlements.

During this short history, NGOs have emerged as active players, demonstrating expertise in entrepreneurship, social innovation, and policy-making. NGOs cultivate an environment where one (organization or individual) introduces, educates, and practices expertise. At the same time, the third sphere is an innovator—piloting ideas and strategies which the state does not have the mandate or courage to do or test. For example, non-profits were the first to work on a project basis in Bulgaria, long before government institutions started thinking about project cycle management.

The practices and strategies advanced by non-profits are unique, relevant, and fill the gaps that the state overlooks in important issue areas such as education, culture, and environment. Often, they successfully and more efficiently face challenges that government or business cannot. Unfortunately, statistics show that most of the NGOs are small organizations (particularly focused on the fields of education, culture, and sports), which cannot afford employees, have limited funding to carry out their activities, and rely exclusively on voluntary work. Being part of the managerial body of three NGOs for the last 6 years, I firmly believe that the biggest issue confronting the third sphere is the lack of sufficient governmental funding opportunities and new policies.

After the accession of Bulgaria to the European Union (EU), the donor flow has drastically declined and there was an expectation that the state would take care of the core of civil society—the NGOs. However, the sector now relies almost entirely on project funding, EU operational programs, small donations or business contributions. In practice, the project funding is unstable, short-term, and there are few opportunities for investment in human resources and organizational development. Beyond the financial sources coming from the EU, bilateral donor programs, and private donors, the Bulgarian state devotes very little support to NGOs, especially regarding organizational development, capacity building, policy-making, advocacy, and government relations—the things that actually make change happen.

With unreliable state funding, NGOs must turn to the private sector and the people. Unfortunately, the concept of “giving back to the community” is not very common in Bulgaria, especially when compared to the United States and Europe. In the Western world, donations are a common way to support an organization, because NGOs are recognized and valued by society. In Bulgaria and the post-socialist countries, NGOs face a much less supportive environment. Bulgarian society isn’t very willing to support causes beyond the treatment of children or problems with strong emotional effect. While NGOs have become increasingly important, it will take more time to develop a culture of philanthropy here.

While a culture of volunteering has increased in recent years, results from a 2016 national survey show that almost 80% of the population does not participate in any form of organized social life. This may be because most Bulgarians have insufficient knowledge of what NGOs are, what their role is and why it is beneficial to have such organizations. In order to be more successful, recognizable, and effective, NGOs must connect with their citizens and elevate their own public image. This requires actively using new technologies (e.g., social networks, fundraising platforms) as well as building immediate contact with people and local communities in order to establish stronger relationships they can rely on.

Another challenge facing the third sphere is, some experts say, that the new direction for communities consists not of NGOs, but of informal groups. Informal groups get created spontaneously as soon as individuals start interacting with each other; in order to satisfy their social needs of affiliation, they emerge on their own and are not beholden to the management of a traditional organization structure. They associate for a specific purpose and have no financial incentives, but can briefly be effective and efficient on the ground. Particularly in small settlements, there is energy for informal groups to carry out activities that solve community problems. While informal groups sometimes can achieve a certain goal more quickly, due to their lack of structure, they are not sustainable long-term.

If Bulgarian NGOs succeed in mobilizing their strengths, there is reason to hope that with loyalty and will on the part of decision-makers in Bulgaria, some of the society’s “weaknesses” could become opportunities for NGOs and, above all, for the people they serve and the communities for which they advocate. Steps must be taken to strengthen advocacy networks, support and promote philanthropy, build a working partnership between the government and the third sphere, and involve civic education in the school curriculum. Above all, we have to change the way people think, because most Bulgarians rely on and expect the governing bodies and institutions to take care of virtually all of their problems. We, the NGOs, should encourage people to be active participants in both social activities and activism that benefit the community in the building, the block, and the neighborhood.

When we are trying to change government policies or public attitudes, the forces against us can seem powerful, but if progressive groups (formal or informal) come together in networks and alliances, it can make our voices stronger. As an African proverb says: “If you want to go fast, go alone. If you want to go far, go together.”

To contact Lina and learn more about her work, she can be reached at lina.slavova@gmail.com.